History of the Civic Society 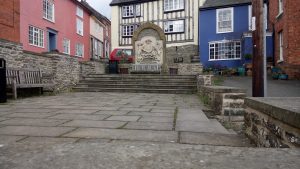 The Civic Society was formed in 1965 by a group of Bishop’s Castle residents as a reaction to the destruction taking place in many historic towns in this country. Their aim was to bring together all those interested in safeguarding the spirit of the town and represent the needs of the community by preserving and improving the amenities and protecting its historic and architectural heritage.A photograph of the Founder members can be seen below.

The Society soon instigated projects – one of the first being to pave the Old Market Hall site which had been derelict since the demolition in 1951. All funds needed for the project were from the Society funds that had been raised by Garden Fetes and concerts by guests such as the male voice choir from Froncysyllte and the Foden Brass Band. Advice was sought for planting schemes around the playing field and by the Doctors Surgery.

Regular meetings were held and the membership swelled. 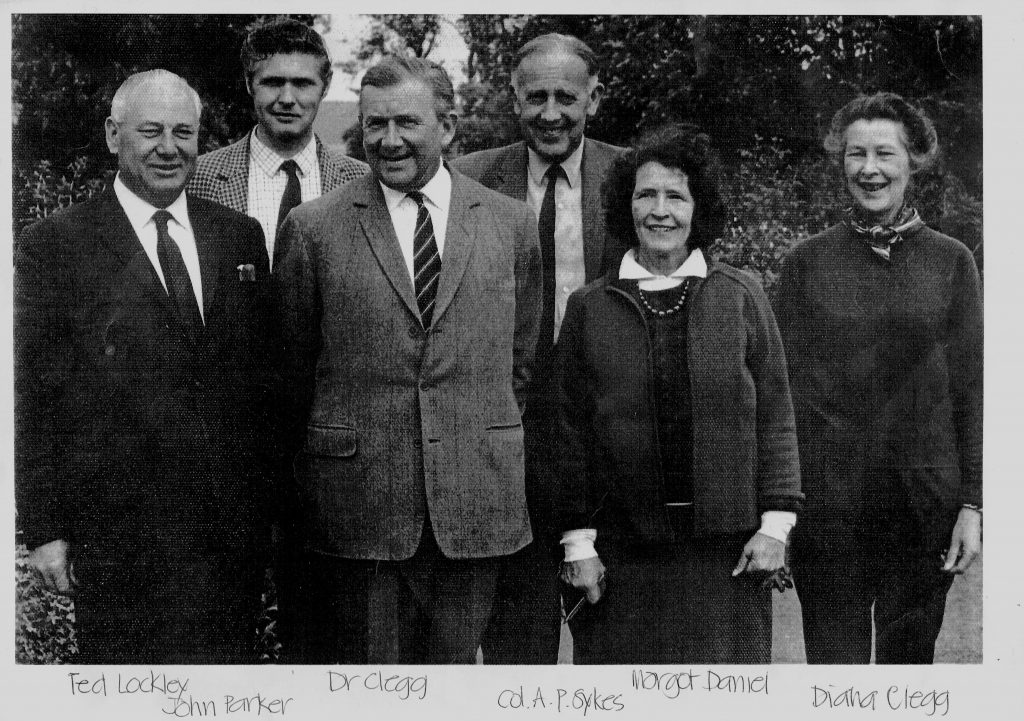 “When I arrived in Bishop’s Castle the Town Hall had offices downstairs for the Borough Treasurer and another for the surveyor.  We allocated Council Houses (which we built} and we set the rents. So we needed the treasurer in the TH to take the rent. 2.5% discount if paid by a set date. We also set conditions for the tenancies—no business to be run from a council house, but in the case of Charlie Rose who collected the refuse (and on Saturdays carried furniture for those moving house} we ignored the rule.

We also had the Borough Surveyor who supervised all the building works.

In consequence two offices were built with concrete blocks standing on the flagstone floor. Each office   had a door for privacy. There was no wall of the passageway from front door to the stairs.

In Charter year 1973 the Civic Society under took all the costs of the work to remove these offices    (done by Leslie Beddoes). A wall was built to keep the heat in and the whole place was painted internally by the ladies of the Civic Society. They also chose material from Brentford Nylons and made curtains for all the windows.

The room was thenceforth known as the Charter Room and it was much used by clubs and for Civic Society and other meetings.”

The Civic Society is an independent charity with no external funding.

Photograph of Old Market Hall paving and Coat of Arms